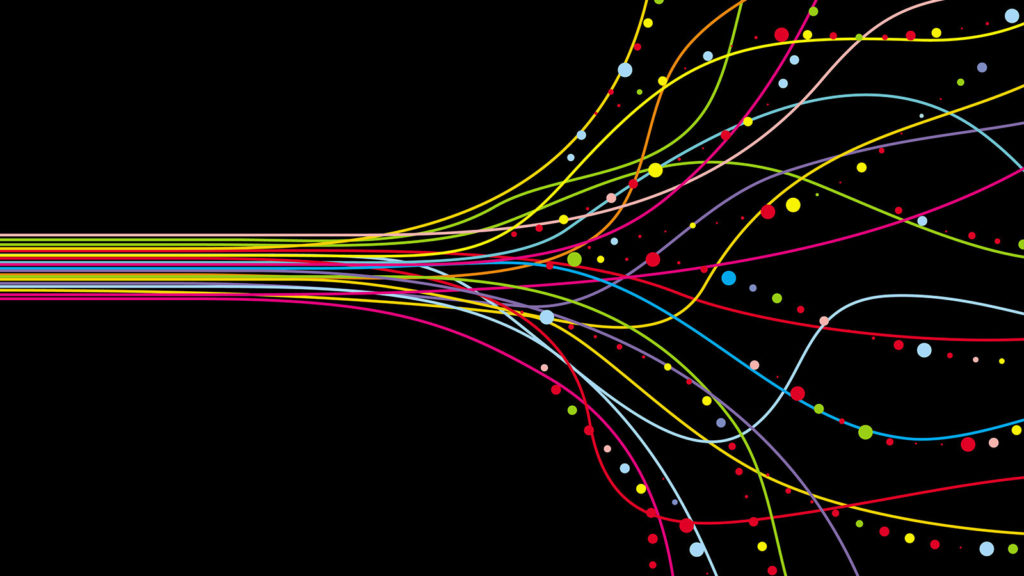 A detailed explanation of multithreading in ChibiOS/RT

In the article “A close look to ChibiOS demos for STM32” we have briefly explained how multithreading works but in this article we want to discuss more in detail the mechanisms behind ChibiOS/RT. This article is addressed to those developers already experienced with this RTOS.

A single thread application could be imagined like a straight line (Fig.1). Executing code we are travelling along that line and the beginning of our line is the application entry point. We can jump from a point of the line to an other, but we will always be on the same line.

In a multithreaded application, the code execution can split in more than a branch: this mean that our line could fork and execution proceeds long two or more separate branches. Each branch is a thread and our line forks when a thread creates a new thread. As example let us consider Fig.2.

Most MCUses have only one CPU with single core: this means that actually only one line at time can proceed. Anyway, in multithreaded application it seems like all the lines proceed forward simultaneously. This because a kernel assigns the resources alternately to each line, according to established rules, pushing each line forward. The operation of pausing a line saving its state and resuming an another is called context switch.

The adopted rules depends on the kernel. As example ChibiOS/RT is a real time preemptive kernel based on priorities capable also of preemptive round-robin and cooperative scheduling. The rule is simple:

among all the threads ready for execution, the one with the highest priority is the one being executed, no exceptions to this rule.

So that multi-threading could work, the execution of a thread must be continuously suspended and resumed granting resources to each thread.

A thread could suspend itself or be preempted by another thread:

As example if a thread named Thread1 calls the function

it is releasing resources entering in suspension status, returning ready after 200 milliseconds. This happens because the thread has configured a virtual timer for an alarm before to suspended it-self. When the alarm is triggered Thread1 becomes ready. If Thread1 is the one at highest priority among all the threads ready for the execution, it preempts the current thread. Some examples will clarify better.

In this case we have three threads. Ordering them by decreasing priority they are Thread1, main and idle. The last one is a thread always ready with the lowest priority which is executed only when other thread are not ready. As its name suggest, it is an empty thread which does nothing waiting for an event. Lets take a look to an hypothetical timing flow for the considered scenario. To improve readability, we have overestimate the time consumed by operations.

In the previous figure threads are ordered by priority on the y-axis, on the x-axis there is time. The colored rectangles represent the current thread. A grey arrow represent that related thread is sleeping, otherwise green arrow represent time in which a thread is ready to be executed but waits other threads with higher priority. Now, we can certainly say that the timing flow is:

We should also notice that:

The reader should figure out that:

We could compute the CPU usage as the inverse of the running percentage of the idle thread.

Before to proceed we should spent few more words about priorities. In ChibiOS priorities are integer in a range which starts from LOWPRIO up to HIGHPRIO. The main thread is started at the NORMALPRIO priority level which is in the middle of the whole range. Quoting chibios.org:

When designing your application you should never think in terms of absolute priorities because the numeric range may change in future versions, much better reason in terms of relative priorities from the above symbolic levels, for example NORMALPRIO+5, NORMALPRIO-1, this is guaranteed to be portable.

Priority multithreading implies a known problem named priority inversion. In this scenario low priority thread (L) and an higher priority thread (H) uses a shared resource. In certain cases L preempt H “inverting” their relative priorities. The solution to this scenario is the priority inheritance: in this case L temporarily inherit priority from H. In this way resources are freed as soon as possible and H could be executed. The following example will clarify better.

In this example we have six threads. We can figure out that:

If priority inheritance paradigm isn’t applied an hypothetical timing flow would be:

Note that even if Thread1 is ready it cannot run until Thread4 releases SPID1. Even more, during the whole time, Thread4 is preempted by Thread2 and Thread3 building up a considerable delay.

Because priority inversion, Thread1 has a priority lower than Thread2, Thread3 and Thread4.

If priority inheritance paradigm is applied the delay is considerably reduced:

Note that, when Thread1 is ready Thread4 inherits its priority and preempt Thread3: now Thread2 and Thread3 cannot preempt Thread4 anymore. When Thread4 releases the shared resource, priorities are restored and Thread1 can run.

Threads with same priority: round robin and cooperative scheduling

In ChibiOS/RT, the scheduling of threads having the same priority could happens in two ways:

The preemptive round-robin is a scheduling method based on time-sharing: each threads takes an equal time slot, known as quantum, to perform its job. In ChibiOS this time slot is a parameter named CH_CFG_TIME_QUANTUM, expressed in system ticks and defined in chconf.h. When this value is greater than zero a thread is preempted after a quantum in order to give resources to other threads at same priority.

This preemption could be also disabled setting CH_CFG_TIME_QUANTUM to zero. In this case thread cannot be preempted by equal priority threads. The only way to make each thread run is the cooperative scheduling where each thread voluntarily yields to other threads through the api

The following examples will clarify what we said.

Lets consider the follow example when CH_CFG_TIME_QUANTUM is 500 and system tick period is 100us (which means to have a quantum of 50ms):

In this example we have five threads. Lets do some statement.

An hypothetical timing flow would be:

Looking to code and Fig.6 we can figure out that:

In this example we have five threads. Lets do some statement.

An hypothetical timing flow would be:

Lets do some statement:

At this point the reader should figure out that the scheduling in ChibiOS/RT is deterministic and follow specific rules. Note that, mixing the cases here presented it is possible to create new mixed scheduling scenarios. As example, it is possible to use a sleep instead of yield in cooperative scheduling or it is possible use yield also when during round-robin releasing resources before the quantum has elapsed.

Anyway, the reader should understand that scheduling strategy should be chosen wisely. More details about how and when use all these strategies will be the topic in the next article about multithreading.

Replies to A detailed explanation of multithreading in ChibiOS/RT 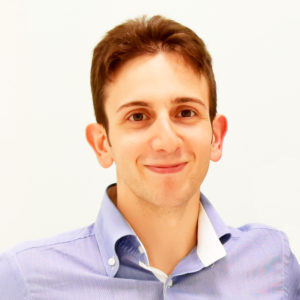 This section contains a series of articles which are meant to be advanced: they will talk about a specific topic which often requires a broad knowledge about other subjects. Pick one and read, and if you like it don't forget to Share the knowledge!
3 articles from this category
On PLAY Embedded we are using cookies. Anyway you privacy is safe! Read our policy!