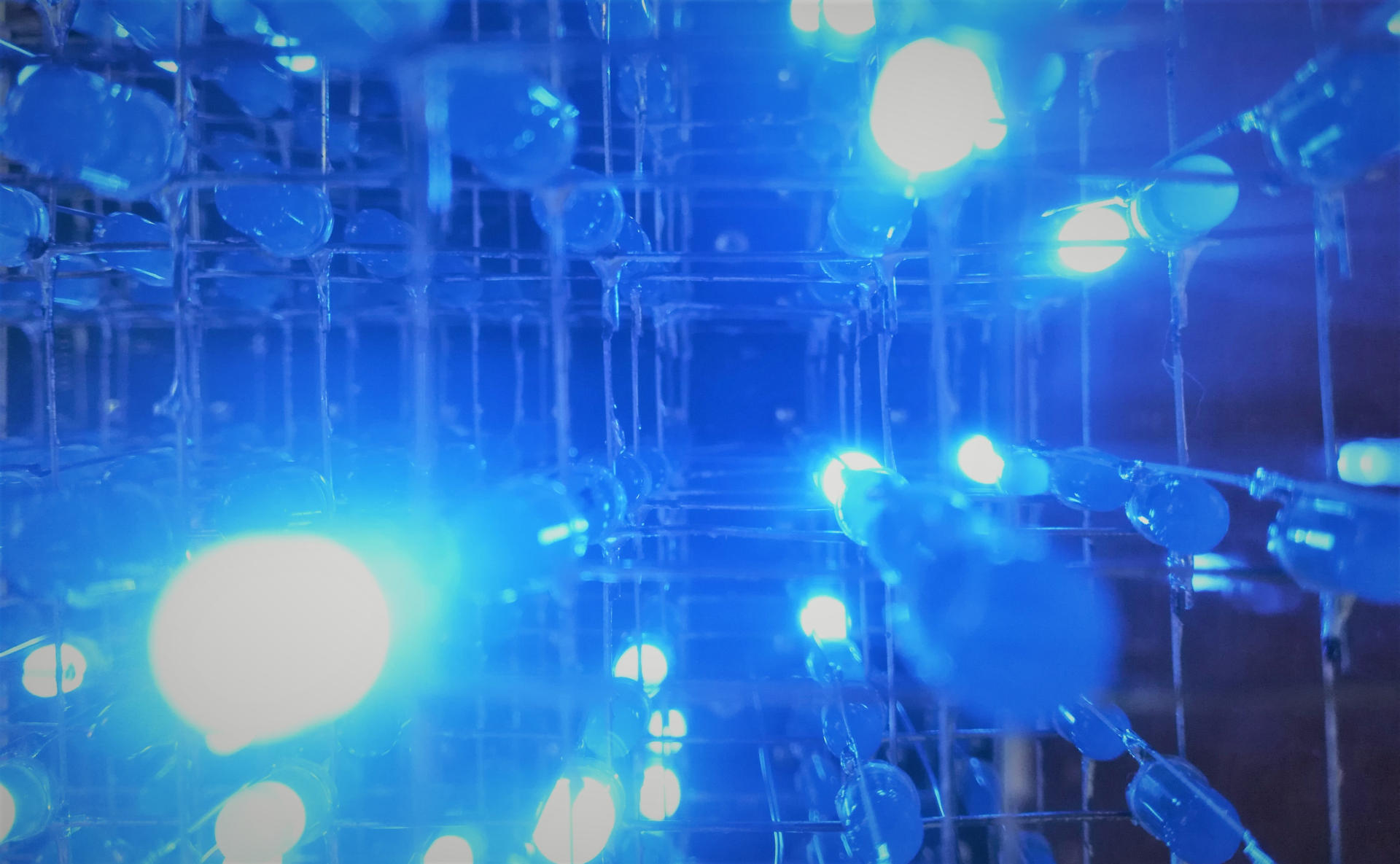 As the SPI is a Synchronous Serial bus, a clock signal is generated by one of the endpoints and provided to the others through a specific Serial Clock Line often shorted as SCL or CLK. The communication party which generates the clock is named Master while other Slaves.

In full-duplex buses, the communication is simultaneously bi-directional, i.e. data can flow from master to slave and from slave to master at the same time on two separate wires at the same time. The SPI has indeed two data lines:

The SPI communication uses an additional wire for each slave to address them during communication. This wire is known as Chip Select (CS) or Slave Select (SS) more often nCS or nSS as it works in negate logic.

In embedded applications, the SPI could be used to interconnect microcontrollers but more often it is used to connect a micro to an external peripheral/device like Secure Digital Card, LED display, MEMS, etc. In this case, the MCU acts as communication Master while the device as a slave.

SPI communication is very simple and allows a few settings. One of those configurations is the data length which usually is a multiple of 1 byte (e.g. 8-bit, 16-bit, 32-bit) but it is not always true.

SPI is designed to be independent of clock speed and potentially the clock speed could be pushed at Gigahertz. Anyway, small devices can operate within a specific range of clock rate and such information is often available in their manuals or datasheets. A good master SPI cell should thus be able to change its clock speed and we should thus expect that the clock speed is one of the SPI settings. Indeed, this is usually an option and master has a wide range of allowed clock frequencies in order to be compliant with a wide range of devices.

SPI clock has also another couple of configurations to be taken into account:

Note that CPHA itself is not able to specify if the data is sampled on rising or falling edge: first and second clock edges are a relative concept. They make sense only whereas CPOL decides. For instance, if CPHA is set as 0, the data will be sampled on the first clock edge. If CPOL is 0, the first edge will be the rising one, otherwise falling one. Thus we can state that:

These 4 CPOL and CPHA combinations and their behavior are shown in the next figure:

A good SPI master should be able to operate in every condition since usually slaves are designed to be as cheap as possible with simple circuitry, a small clock speed range, non-configurable clock polarity, and phase. This means we will (almost) always choose master configurations depending on slave needs.

There is two way to connect a master with more than a slave: the independent mode and the cooperative mode.

The independent mode is widely used when there are many different slave typologies. In this case, the slaves share SCL, MOSI, and MISO but each slave has its own nCS. In a few words each slave can be selected independently and on each communication, the master lowers the nCS of the slave it wants to communicate with: the chip select acts like a chip enable.

The cooperative mode is known also as daisy chain and in this case slaves share the same clock and slave select while MOSI and MISO are connected to create a chain of devices: the master output is connected to the first slave input, the first slave output to the second slave input, …, the last slave output to the master input. This kind of connection is particularly suitable with Serial Input Parallel Output Shift Registers (SIPO SR or simply SR): for instance, connecting 4 16-bit SR in a daisy chain, we can obtain a system which acts as a single 64-bit SR.

Across the various STM32 subfamilies there are three different hardware version of the SPI cell. We have already explained how to identify the driver version of your STM32 board here reporting them in a table. Anyway, as a quick reference:

Note that STM32 offers many SPI instances (from 2 in the small packages up to 6 in larger packages). SPI cells are identified with a progressive number (i.e. SPI 1, SPI 2, SPI 3 and so on). Note also that SPI bus relies on GPIO alternate functions to be able to get in touch with the outside world.

The current ChibiOS SPI driver allows only master mode allowing to exploit many of the feature offered by the STM32 SPI cell. It offers again both synchronous and asynchronous API.

Each API of the SPI Driver starts with the prefix “spi”. Function names are camel-case, pre-processor constants uppercase and variables lowercase.

Comparing the SPI driver with previously presented Serial Driver or ADC we can notice that there are some certitudes in ChibiOS: one of these is for sure the consistency of design patterns. The SPI driver is organized like every other simple driver of ChibiOS\HAL:

The following figure represents the state machine of the driver.

The SPI configuration structure allows to properly exploit STM32 SPI features by configuring data size, baudrate and clock phase, and polarity. The following structure has been copied out from SPIv2 but is identical to that from SPIv1 and extremely similar to SPIv3.

The first parameter is circular, a boolean which enables the circular mode. In this mode, the SPI buffer is transmitted continuously. The driver will also execute a callback every time the whole buffer has been sent: the callback can be configured using the second parameter, end_cb, which is a pointer to a callable. This callback is particularly suitable for asynchronous APIs usage.

The next parameters are used to identify the chip select of the slave. They depend on SPI_SELECT_MODE. According to the configuration we can have:

The latest two parameters are hardware depending and represent 2 SPI registers. All the differences between various hardware version are circumscribed here:

To compose register values we can use the bitmasks already defined in the CMSIS header files. Such files contain all the definition of every bit field of every register of our MCU. It is possible to find under [chibios_root]\chibios_trunk\os\common\ext\ST\. Each MCU has is own CMSIS header file as the register map changes with the microcontroller. As example the file for the STM32F401RE is [chibios_root]\chibios_trunk\os\common\ext\ST\STM32F4xx\stm32f401xe.h.

Anyway, it can be useful to take a look to SPI demo under testhal folder: here you can find some valid example to understand how to configure SPI. For instance, the following configuration has been copied by the SPI demo for STM32F3 discovery.

In this case, the circular mode is disabled, the callback is unused, the chip select pin is PB12 and SPI is configured to work at 18 MHz with CPOL and CPHA both to zero.

The SPI clock frequency depends on the clock tree configuration. In this demo AHB bus is configured at its maximum speed (i.e 72 MHz), the APB1 and APB2 are configured both to half AHB speed (i.e. 36 MHz). The SPI speed is equal to the speed of the APB bus. Thus in this specific case, we have

To put in place this configuration user has to call the spiStart specifying which SPI Driver we are actually going to use.

SPI driver configuration can be changed on the fly restarting the driver with a new configuration. For instance, this is particularly useful when we have more slaves which work with a different configuration (baud rate, clock polarity and phase, slave select and so on).

The SPI offers a couple of API to select or deselect the slave. Basically selecting the slave we are lowering the nCS.

To use these API the driver shall be initialized and nCS shall not be configured as hardware managed. The sequence of SPI transaction would be

Note that a software managed chip select is actually a digital output pin thus nCS pin shall be configured as output push-pull while MISO, MOSI, and SCL are configured in alternate mode (take a look to GPIO article if you are not familiar with).

For instance, this code has been copied by a demo for STM32 Nucleo-64 F401RE where SPI pins are not configured at board level

The SPI driver offers both synchronous and asynchronous communication functions. We already introduced these concepts but let me recall them.

A non-blocking function launches the operation and returns to the calling thread which continues to be executed. Such operation is executed in the background, usually in hardware, launching an interrupt on operation complete event. Such IRQ usually is exposed by driver API in the form of a callback. Such functions are also known as asynchronous functions.

As the SPI is actually a full duplex, basically each transaction is bidirectional. Thus maybe the spiStartExchange and the spiExhange can be considered the main communication functions of the SPI driver.

The first is asynchronous while the second is synchronous. Both functions receive four parameters:

The driver offers also some functions to communicate in one way: the spiStartSend, the spiStartReceive, and their related synchronous version spiSend and spiReceive

The driver offers also some functions to ignore data on the bus: the spiStartIgnore and spiIgnore.

These functions can be useful in certain cases (e.g where the slave expects some data to push forward an internal state machine but the master is not interested in receiving data or is not transmitting anything).

The asynchronous API requires also another function which eventually is able to stop the ongoing activities: the spiAbort.

This function aborts ongoing operations if any.

The driver offers also a couple of API to acquire and release the bus: spiAcquireBus and spiReleaseBus.

Such functions are useful when the same SPI driver is used from two threads because they guarantee that none will use that SPI driver until it is acquired avoiding misbehavior due to concurrent access. Note that these API requires SPI_USE_MUTUAL_EXCLUSION is set to TRUE in the halconf.h file.

We have already planned a collection of example and exercises for the SPI driver. If you are interested in, follow us on Facebook to be updated on our articles. Anyway, at this moment you could refer to the SPI demo under testhal to give it a try.

SPI is used by many devices and we wrote many articles about them. For sure the quick reference could be:

You can also try the demo under testex for STM32F3 Discovery which uses L3GD20: this is a 3-axis gyroscope connected to the MCU through the SPI.

This article is part of a series of articles which are meant to be tutorials. I have composed them to be read in sequence. Here the previous and next article of this series:

Be the first to reply at Using STM32 SPI with ChibiOS

From category "Getting started"

This section contains a series of articles which are meant to be tutorials. The best way to getting started is to read them in this order:
9 articles from this category
On PLAY Embedded we are using cookies. Anyway you privacy is safe! Read our policy!